Home / Whats new / A cloistered nun steps out of her order, to go back with a PhD in aerospace engineering
Prev Next

A cloistered nun steps out of her order, to go back with a PhD in aerospace engineering 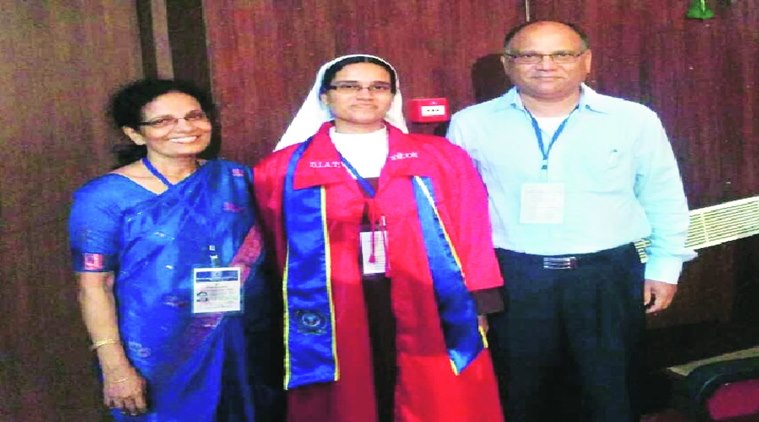 AMONG THE 23 odd scholars who were conferred the prestigious PhD degree at the 8th convocation of the Defence Institute of Advance Technology (DIAT) in Pune Tuesday, Roschelle RM stood out and rightly so. Dressed in the habits of her religious order, Roschelle —now known as Sister Benedicta of the Holy Face— was the only nun among the scholars who collected their degrees.
In fact, she had obtained special permission from her Superiors to attend the ceremony as outside contact is forbidden in her order.
A member of the Cloistered Carmelities, Benedicta was awarded the PhD for her work in aerospace engineering.
Sponsored: Avail attractive trading plans online at Sharekhan
“I had joined the religious order post my final viva last year and this was the first time I came out after that. The rules of our order forbid us from going out of the convent and I was given special permission to attend the convocation,”she said.