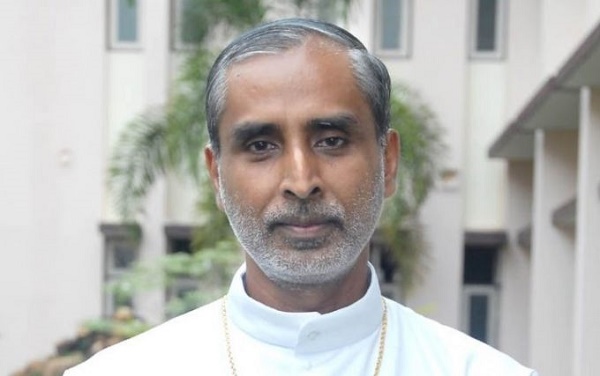 A bishop in India is leading by example during the Year of Mercy with an act of great generosity. Syro-Malabar Catholic bishop Jacob Muricken is donating his kidney to save the life of a young Hindu man.

Bishop Muricken, 52-years-old and from the state of Kerala in southern India, says he has “no anxiety” about the surgery and that “it’s only a simple sacrifice for a fellow being.” Sooraj Sudhakaran is the 30-year-old who will receive the kidney. He is from Kottakkal, which is also in Kerala. Sudhakaran supports his wife and mother as his father died four years ago and his brother two years ago. He recently lost his job and sold his house to pay for dialysis treatment. He was diagnosed with kidney failure two years ago. Bishop Muricken is also helping to pay for some of the costs of the procedure, something else Sudhakaran is thankful for, in addition to, of course, a working kidney. Upon finding out that he would be receiving a kidney, he said, “it’s nothing less than God’s intervention.”