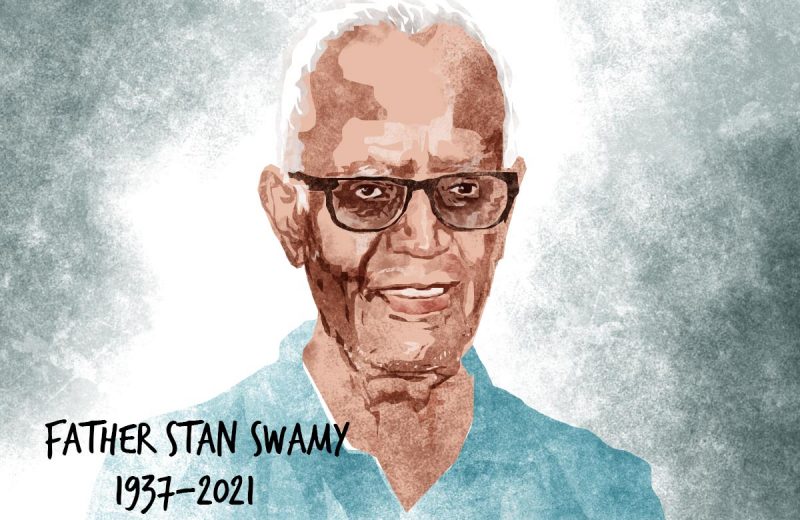 Father Stan Swamy, the jailed 84-year-old Indian Jesuit priest who was fighting for the rights of indigenous and marginalized people in eastern India’s Jharkhand state, died on Monday. He breathed his last at 1.30 pm at the Holy Family Hospital in Bandra, Mumbai, where he was admitted for treatment over a month ago.

The life of Fr. Stan Swami

Swamy was born on April 26, 1937 in Trichy, Tamil Nadu. He went to St Joseph’s School in Trichy where he was inspired by the work of the Jesuit priests and decided to join the order in undivided Bihar. In May, 1957, Swamy, son of a farmer father and homemaker mother, started pursuing religious studies and committed himself to the cause of the poor and downtrodden.